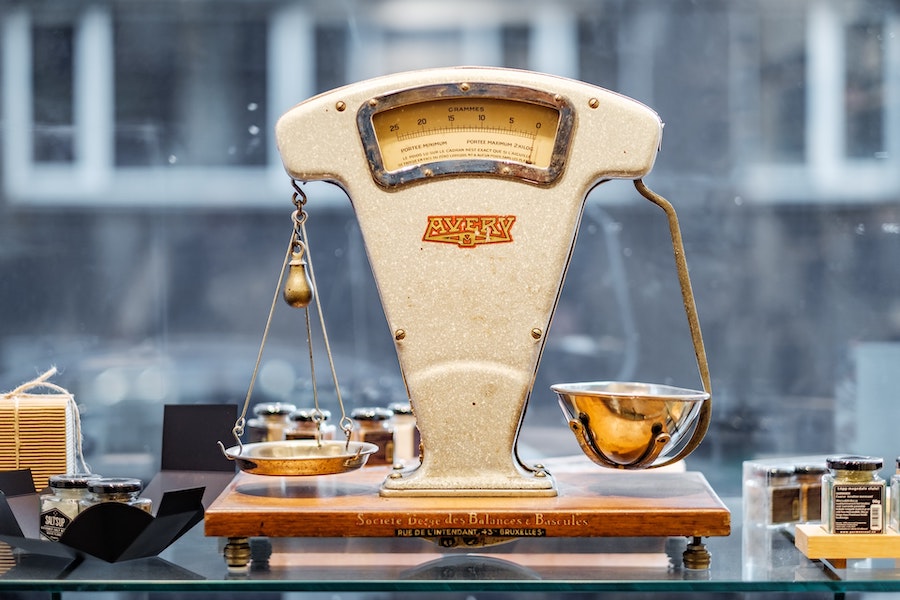 Photo by Piret Ilver on Unsplash

However, we’ll only work on smart contracts: building front-end for smart-contracts is also a big and interesting task, but it’s out of the scope of this series.

Let’s begin our journey with Uniswap.

You can find full source codes in this repo:
https://github.com/Jeiwan/zuniswap/tree/part_1

As of June 2021, three versions of Uniswap have been launched.

First version was launched in November 2018 and it allowed only swaps between ether and a token. Chained swaps were also possible to allow token-token swaps.

V3 was launched in May 2021 and it significantly improved capital efficiency, which allowed liquidity providers to remove a bigger portion of their liquidity from pools and still keep getting the same rewards (or squeeze the capital in smaller price ranges and get up to 4000x of profits).

In this series, we’ll dig into each of the versions and will try to build simplified copies of each of them from scratch.

This blog post specifically focuses on Uniswap V1 to respect the chronological order and better understand how previous solutions were improved.

In simple terms, Uniswap is a decentralized exchange (DEX) that aims to be an alternative to centralized exchanges. It’s running on the Ethereum blockchain and it’s fully automated: there are no admins, managers, or users with privileged access.

On the lower lever, it’s an algorithm that allows to make pools, or token pairs, and fill them with liquidity to let users exchange tokens using this liquidity. Such algorithm is called automated market maker or automated liquidity provider.

Market makers are entities that provide liquidity (trading assets) to markets. Liquidity is what makes trades possible: if you want to sell something but no one is buying it, there won’t be a trade. Some trading pairs have high liquidity (e.g. BTC-USDT), but some have low or no liquidity at all (like some scammy or shady altcoins).

A DEX must have enough (or a lot of) liquidity to function and serve as an alternative to centralized exchanges. One way to get that liquidity is for the developers of the DEX to put their own money (or money of their investors) in it and become market makers. However, this is not a realistic solution because they would need a lot of money to provide enough liquidity for all pairs, considering that DEXes allow exchanges between any tokens. Moreover, this would make the DEX centralized: as the only market makers, the developers would have a lot of power in their hands.

A better solution is to allow anyone to be a market maker, and this is what makes Uniswap an automated market maker: any user can deposit their funds into a trading pair (and benefit from that).

Uniswap acts as a secondary market that attracts arbitrageurs who make profit on differences in prices between Uniswap and centralized exchanges. This makes prices on Uniswap pools as close as possible to those on bigger exchanges. And that wouldn’t have been possible without proper pricing and reserves balancing functions.

You probably have already heard this definition, let’s see what it means.

Automated market maker is a general term that embraces different decentralized market maker algorithms. The most popular ones (and those that gave birth to the term) are related to prediction markets - markets that allow to make profit on predictions. Uniswap and other on-chain exchanges are a continuation of those algorithms.

At the core of Uniswap is the constant product function: $$x * y = k$$ Where \(x\) is ether reserve, \(y\) is token reserve (or vice versa), and \(k\) is a constant. Uniswap requires that \(k\) remains the same no matter how much of reserves of \(x\) or \(y\) there are. When you trade ether for tokens you deposit your ethers into the contract and get some amount of tokens in return. Uniswap ensures that after each trade \(k\) remains the same (this is not really true, we’ll see later why).

This formula is also responsible for pricing calculations, and we’ll soon see how.

To really understand how Uniswap works we’ll build a copy of it. We’ll write smart contracts in Solidity and will use HardHat as our development environment. HardHat is a really nice tool that greatly simplifies development, testing, and deployment of smart contracts. Highly recommended!

If you’re new to smart contracts development, I highly recommend you to finish this course (at least the basic path) – that’ll be a huge help to you!

Setting up the project

First, create an empty directory (I called mine zuniswap), cd into it and install HardHat:

Initialize a HardHat project and remove everything from contract, script, and test folders.

Final touch: we’ll use the latest version of Solidity, which is 0.8.4 at the time of writing . Open your hardhat.config.js and update Solidity version at the bottom of it.

Uniswap V1 supports only ether-token swaps. To make them possible we need an ERC20 token contract. Let’s write it!

This is all we need: we’re extending the ERC20 contract provided by OpenZeppelin and defining our own constructor that allows us to set token name, symbol, and initial supply. The constructor also mints initialSupply of tokens and sends them to token creator’s address.

Now, the most interesting part begins!

Uniswap V1 has only two contracts: Factory and Exchange.

Factory is a registry contract that allows to create exchanges and keeps track of all deployed exchanges, allowing to find exchange address by token address and vice versa. Exchange contract actually defines exchanging logic. Each pair (eth-token) is deployed as an exchange contract and allows to exchange ether to/from only one token.

Since every exchange allows swaps with only one token, we need to connect Exchange with a token address:

Token address is a state variable which makes it accessible from any other contract function. Making it public allows users and developers to read it and to find out what token this exchange is linked to. In the constructor, we’re checking that provided token is valid (not the zero address) and save it to the state variable.

As we have already learned, liquidity makes trades possible. Thus, we need a way to add liquidity to the exchange contract:

By default, contracts cannot receive ethers, which can be fixed via the payable modifier that enables ethers receiving in a function: any ethers sent along with a function call are added to contract’s balance.

This implementation of addLiquidity is not complete. I intentionally made it so to focus more on pricing functions. We’ll fill the gap in a later part.

Let’s also add a helper function that returns token balance of an exchange:

And we can now test addLiquidity to ensure everything’s correct:

I’ve omitted a lot of boilerplate code in tests for brevity. Please check full source code if something is not clear.

Now, lets think about how we would calculate exchange prices.

And this makes sense: exchange contracts don’t interact with centralized exchanges or any other external price oracle, so they cannot know the right price. In fact, exchange contract is a price oracle. Everything they know is ether and token reserves, and this is the only information we have to calculate prices.

Let’s stick to this idea and build a pricing function:

And let’s test it:

We deposited 2000 tokens and 1000 ethers and we’re expecting the price of token to be 0.5 ethers and the price of ether to be 2 tokens. However, the test fails: it says we’re getting 0 ethers in exchange for our tokens. Why is that?

The reason is that Solidity supports integer division with only floor rounding. The price of 0.5 gets rounded to 0! Let’s fix that by increasing the precision:

After updating the test, it’ll pass:

Everything looks correct but what will happen if we swap 2000 tokens for ether? We’ll get 1000 ethers and this is everything we have on the contract! The exchange would be drained!

Apparently, something is wrong with the pricing function: it allows to drain an exchange, and this is not something we want to happen.

Does this formula produce a better pricing function? Let’s see.

This looks interesting: the function now respects input amount. Let’s try to program it, but note that we’re now dealing with amounts, not prices.

This is a low-level function, so let it be private. Let’s make two high-level wrapper functions to simplify calculations:

So, now we’re getting 1.998 tokens for 1 ether and 0.999 ether for 2 tokens. Those amounts are very close to the ones produced by the previous pricing function. However, they’re slightly smaller. Why is that?

The constant product formula we based our prices calculations on is, in fact, a hyperbola:

Hyperbola never crosses \(x\) or \(y\), thus neither of the reserves is ever 0. This makes reserves infinite!

And there’s another interesting implication: the price function causes price slippage. The bigger the amount of tokens traded in relative to reserves, the higher the price would be.

This is what we saw in the tests: we got slightly less than we expected. This might be seemed as a drawback of constant product market makers (since every trade has a slippage), however this is the same mechanism that protects pools from being drained. This also aligns with the law of supply and demand: the higher the demand (the bigger output amount you want to get) relative to the supply (the reserves), the higher the price (the less you get).

Let’ improve our tests to see how slippage affects prices:

As you can see, when we’re trying to drain the pool, we’re getting only a half of what we’d expect.

A final thing to note here: our initial, reserves ratio based, pricing function wasn’t wrong. In fact, it’s correct when the amount of tokens we’re trading in is very small compared to reserves. But to make an AMM we need something more sophisticated.

Swapping ethers for tokens means sending some amount of ethers (stored in msg.value variable) to a payable contract function and getting tokens in return. Note that we need to subtract msg.value from contract’s balance because by the time the function is called the ethers sent have already been added to its balance.

Another important variable here is __minTokens – this is a minimal amount of tokens the user wants to get in exchange for their ethers. This amount is calculated in UI and always includes slippage tolerance; user agrees to get at least that much but not less. This is a very important mechanism that protects users from front-running bots that try to intercept their transactions and modify pool balances to for their profit.

Finally, the last piece of code for today:

The function basically transfers _tokensSold of tokens from user’s balance and sends them ethBought of ethers in exchange.

That’s it for today! We’re not done yet, but we did a lot. Our Exchange contract can accept liquidity from users, calculate prices in a way that protects from draining, and allows users to swap eth for tokens and back. This is a lot, but some important pieces are still missing:

We’ll do these in a future part!