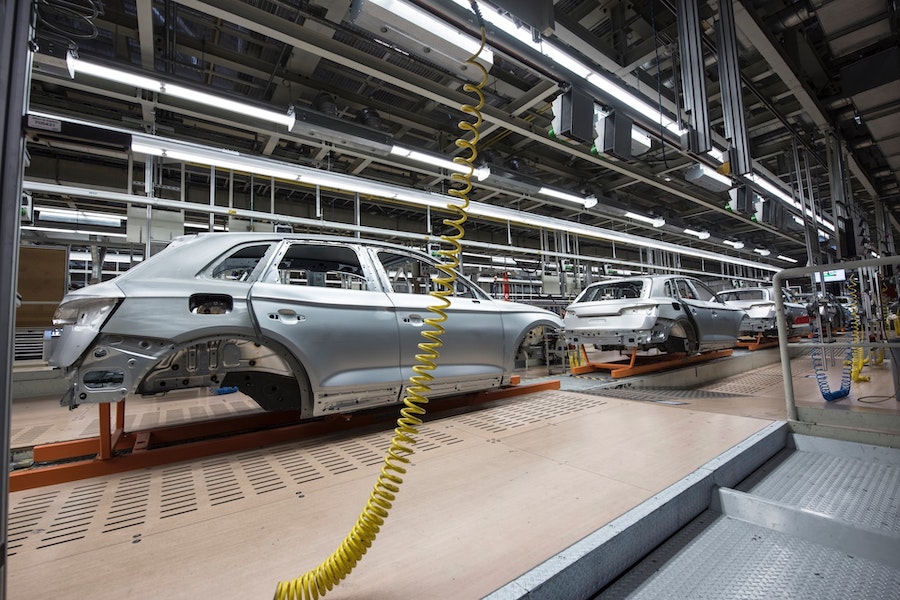 Photo by carlos aranda on Unsplash

Here we are again building a clone of Uniswap V1! Our implementation is almost ready: we’ve implemented all core mechanics of Exchange contract, including pricing functions, swapping, LP-tokens, and fees. It looks like our clone is complete, however there’s a missing piece: Factory contract. Today, we’ll implement it and our Uniswap V1 clone will be done. However, this is not the end: in the next part we’ll be building Uniswap V2 and it’ll be not less interesting than V1!

To see changes since the previous part, click here.
To see full code of the project so far, click here.

What Factory is for

Factory contract serves as a registry of exchanges: every new deployed Exchange contract is registered with a Factory. And this an important mechanic: any exchange can be found by querying the registry. By having such registry exchanges can find other exchanges when user tries to swap a token for another token (and not ether).

Another handy utility provided by Factory contract is ability to deploy an exchange without dealing with code, nodes, deploying scripts, and any other development tools. Factory implements a function that allows users to create and deploy an exchange by simply calling this function. So, today we’ll also learn how a contract can deploy another contract.

Uniswap has only one Factory contract, thus there’s only one registry of Uniswap pairs. However, nothing prevents other users from deploying their own Factories or even Exchange contract that are not registered with the official Factory. While this is possible, such exchanges won’t be recognized by Uniswap and there would be no way to use them to swap tokens via the official web-site.

That’s basically it. Let’s get to the code!

Factory is a registry so we need a data structure to store exchanges, and that will be a mapping of addresses to addresses – it will allow to find exchanges by their tokens (1 exchange can swap only 1 token, remember?).

Next, is the createExchange functions that allows to create and deploy an exchange by simply taking a token address:

There are two checks:

Next, we instantiate Exchange with the provided token address, this is why we needed to import “Exchange.sol” earlier. This instantiation is similar to instantiation of classes in OOP languages, however, in Solidity, the new operator will in fact deploy a contract. The returned values has the type of the contract (Exchange) and every contract can be converted to an address – this is what we’re doing on the next line to get the address of the new exchange and save it to the registry.

To finish the contract, we need to implement only one more function – getExchange, which will allow us to query the registry via an interface from another contract:

That’s it for the factory! It’s really simple.

Next, we need to improve the exchange contract so it could use the factory to perform token-to-token swaps.

And that’s it. It’s now ready to do token-to-token swap. Let’s implement that.

How do we swap a token for token when we have two exchanges linked by a registry? Maybe like that:

We first check if there’s an exchange for the token address provided by user. If there’s none, it’ll throw an error.

Next, we’re using the current exchange to swap tokens for ethers and transfer user’s tokens to the exchange. This is the standard procedure of ether-to-tokens swapping:

Final step of the function is using the other exchange to swap ethers to tokens:

Not really, actually. Can you see a problem? Let’s looks at the last line of etherToTokenSwap:

A-ha! It sends bought tokens to msg.sender. In Solidity, msg.sender is dynamic, not static, and it points at the one who (or what, in the case of a contract) initiated the current call. When user calls a contract function, it would point to user’s address. But when a contract calls another contract, msg.sender is the address of the calling contract!

Thus, tokenToTokenSwap would send tokens to the address of the first exchange! This is not a problem though because we can call ERC20(_tokenAddress).transfer(...) to send those tokens to the user. However, there’s a getter solution: let’s save some gas and send tokens directly to the user. For this, we’ll need to split the etherToTokenSwap function into two functions:

ethToToken is private function that everything ethToTokenSwap is used to do with only one difference: it takes a tokens recipient address, which gives us the flexibility of choosing who we want to send tokens to. ethToTokenSwap, in its turn, is now simply a wrapper for ethToToken that always passes msg.sender as a recipient.

Now, we need another function to send tokens to a custom recipient. We could’ve used ethToToken for that but let’s leave it private and non-payable.

This is simply a copy of ethToTokenSwap that allows to send tokens to a custom recipient. We can now use it in the tokenToTokenSwap function:

We’re sending tokens tokens to whoever initiated the swap.

Our copy of Uniswap V1 is now finished. If you have any ideas about how to improve it, give them a try! For example, there can a function in Exchange to calculate the output amount of tokens in token-to-token swap. If you have any problems understanding how something works, feel free to check the tests. I have covered all the functions, including tokenToTokenSwap.