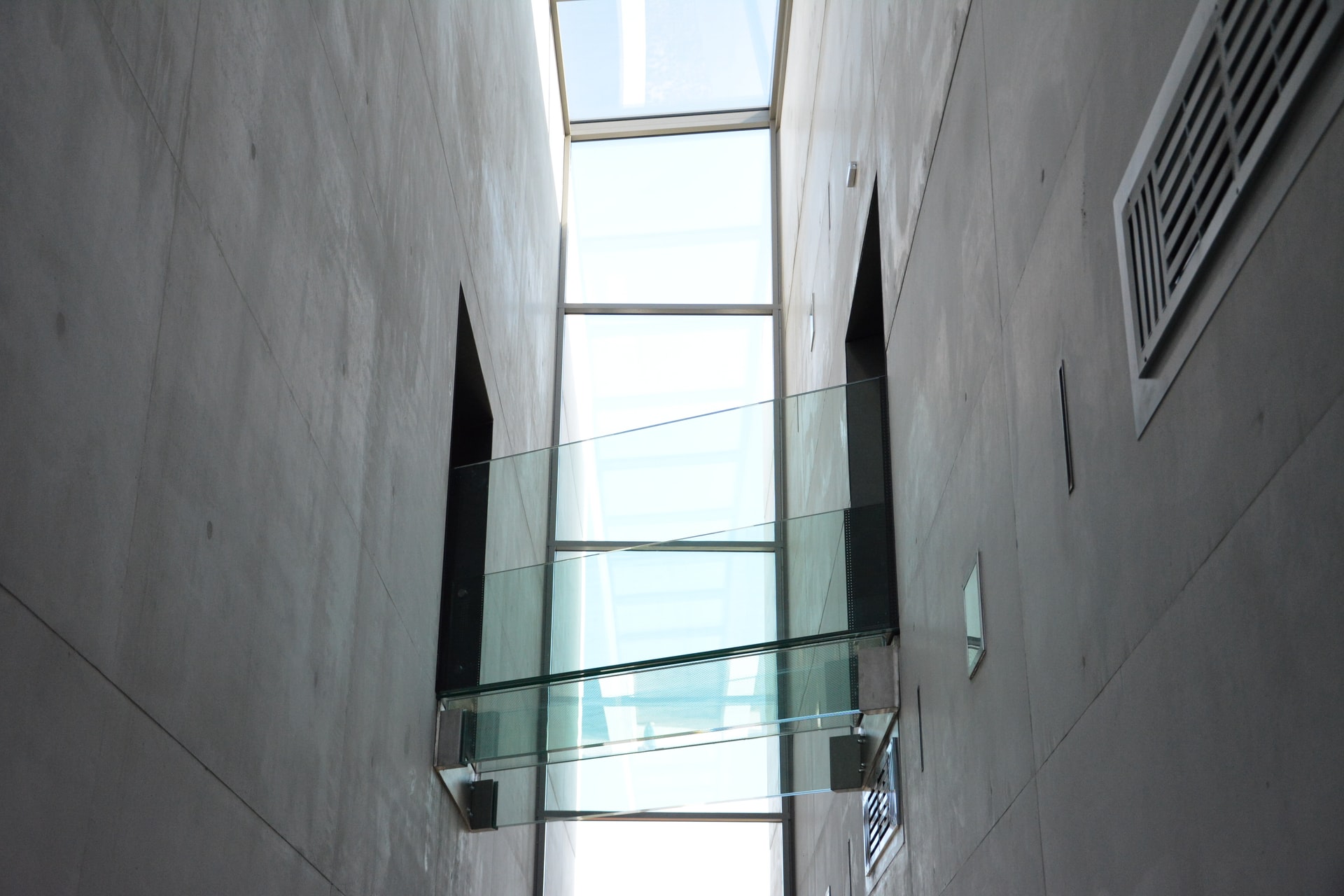 Photo by Rafał Naczyński on Unsplash

Immutability gives Ethereum a big benefit: once a smart contract is deployed, there’s no way to change it. This means that smart contract logic won’t change over time and it’ll remain as reliable as it was from the beginning, e.g. you won’t suddenly see a contract doing something no one thought it could do.

However, immutability comes with drawbacks that can be significant in some cases. For example, due to immutability you won’t be able to fix a bug in a contract or upgrade it to optimize gas consumption or to improve existing functionality. Thus, sometimes, mutability is necessary.

Ditching immutability or making it optional would be a bad solution that would rob Ethereum of one of its core features. Instead, an elegant and tricky solution was found.

You can find full code of this blog post on GitHub.

Proxy contract is a contract that relays all calls to another smart contract, that is called implementation contract. Schematically, this looks like that:

Let’s write a simple contract and then see how we can use a proxy to call it. We don’t need something complicated, just a basic contract that allows to read and write some state variable:

What would we begin with?

That was the easy part. Now, how do we relay all calls to the proxy contract to the logic contract?

Solidity has a special fallback function which is called whenever a function unsupported by a contract is called. This function is called…fallback! Unfortunately, this is all Solidity can give us here since Solidity is a higher-level abstraction. To achieve our goal we have to go deeper!

How contract functions are called

Ethereum transactions contain a field called data. This field is optional and must be empty when sending ethers, but, when interacting with a contract, it must contain something. It contains call data, which is information required to call a specific contract function. This information includes:

Every smart contract compiled by Solidity has a branching logic that parses call data and decides which function to call depending on function identifier extracted from call data. Solidity won’t allow us to make decisions on that level of deepness, so we’ll have to use assembly to write relaying logic in the Yul language.

What we want is, in the fallback function, to get call data and pass it to the implementation contract as is, without parsing or modifying it. Here’s how to do that:

Let’s break it down because it looks too complicated:

In fact, Solidity also has delegatecall function, but we’re not using it here for a reason: we want the Proxy contract to return whatever was returned from the callee and we don’t know return data type in advance. Since Solidity is a statically-typed language, it requires us to define function return type before compilation.

Let’s see if this works! We’ll do that by testing.

First, let’s set up our tests: we need to deploy both contracts:

Then, let’s ensure that implementation contract address was set correctly:

And then, let’s ensure that proxying works:

Ethers.js is quite a helpful library: it parses ABI and generates contract methods in JS to make our life easier. However, in this situation, this is not what we want. We want to call our proxy logic using ABI from the implementation contract. That’s why we need to create a different contract instance, using the address of the proxy contract and the ABI of the implementation contract.

Uh-oh! This is not something we expected.

The time has come to learn about the trickiness of delegatecall.

Every program consists of two components:

Likewise, smart contracts also have state and logic. Smart contract’s persistent state is stored on blockchain and is accessible via state variables. There’s also in-memeory state, but it’s not relevant for our discussion.

Both call and delegatecall are used to call another contract but they differ in how they handle callee contract’s state:

We could’ve used call instead of delegatecall but that’d have broken the upgradeability!

Imagine that we’re running a smart contract for long time and there’s a lot of data stored on chain but then we decide to upgrade the contract and deploy a different implementation. That would mean that we would have to migrate all the data from the smart contract to the new implementation! That can be quite pricey depending on network congestion. With delegatecall, we’re storing state in the proxy contract, which allows us to swap implementations without the need of migrating data!

Now, let’s return to the error in tests.

What has happened? Let’s look at state variables of our contracts:

As I said earlier, state variables is syntactic sugar in Solidity: they simplify reading and writing to/from memory. What happens under the hood is:

And this is what causes the problem: when Logic contract is called via delegatecall from Proxy contract, variable magicNumber points at the same memory slot as variable implementation in Proxy contract! Since both of them have the same index 0. And that big number that we saw in the failed test is the implementation contract address (in the decimal system)!

To better understand the idea, try changing the proxy contract like that and run the tests:

You can learn more about the layout of state variables here.

The collision we saw earlier happened because the implementation state variable in Proxy has the same slot index (and, thus, address) as the magicNumber state variable. And since we’re using delegatecall, Proxy’s state is used when Logic is called.

There are multiple ways of resolving such collisions, I’ll show you one of them, the one that’s easier to implement and that still provides a reliable way to avoid collisions.

The idea is to store the implementation variable at a unique address, such that it’s very unlikely that anything else would also use it. Since addresses are simply byte32 values, we can use whatever address we want!

So, we need to choose an address to store the implementation variable value. Luckily, there’s already a (draft) EIP – EIP-1967 – that proposes a scheme to find such address. The idea is simple:

We’re hashing the string “eip1967.proxy.implementation” and then subtracting 1 from the hash. Hashing is needed to define the address in a unique way (it’s unlikely someone is using this string for other purposes) and subtraction is needed to reduce the probability of getting the hash even further.

We have a solution, let’s implement it!

As we’ve already learned, Solidity is a higher level language and it doesn’t allow us to do low-level manipulations – we have to use Yul instead.

This time, we’ll build a library to help us save an Ethereum address at a custom slot and read it from there – that’s basically it, the library is simple and has only two functions:

Next step, we need to define the slot address:

Notice that this is a constant so it won’t occupy a memory slot – the compiler will replace all its occurrences with its value. Also, notice that the implementation state variable has gone now – we won’t use it!

Next, rewrite the setter and getter functions:

Finally, rework the fallback function to extract Yul code into _delegate function so we don’t mix Solidity and Yul in one function:

And slightly rework the delegatecall for it to take implementation address as is, without calling sload:

That’s it for the proxy contract! However, if you run the tests you’ll see this:

Why do we get zero?

There’s a simple solution: use a custom initialization function instead of constructor. It looks like that:

This function must be called after an implementation contract was set in the proxy contract. In our tests, it’ll look like that:

If you run the tests now, they will pass.

Now, let’s add a new version of the logic contract and see if we can upgrade our older implementation.

Copy Logic.sol, rename it to LogicV2, and add a new function:

Everything else remains the same.

Then, change implementation in the proxy contract:

Since the logic contract has already been initialized, we don’t need to initialize it again.

Next, initialize a proxy contract instance with the ABI from the new implementation:

Finally, do something to ensure version 2 is working correctly:

Run the tests and see that they pass!

Studying upgradeable proxy contracts is a good way to start learning about some deeper concepts of EVM, like storage layout, storage management, and contract calls. If some parts are not clear to you, feel free returning and giving them another try. They’re not as hard as they might look like. If everything was clear to you, I’d recommend checking out the proxy contract implementation by OpenZeppelin – it’ll give you a deeper understanding.