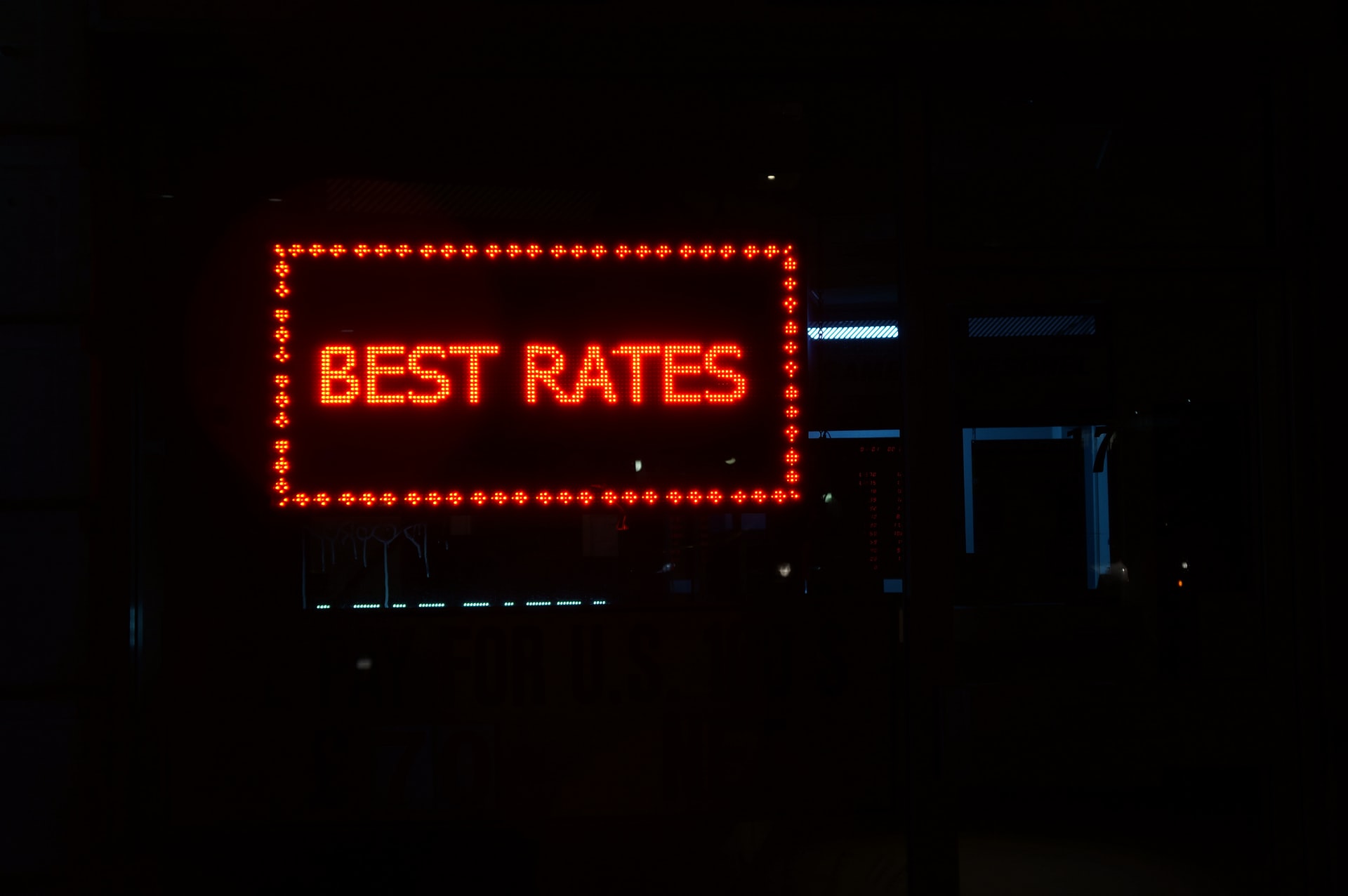 Photo by Jon Cellier on Unsplash

Welcome back! Today we’ll add the core functionality to our clone of Uniswap V2–swapping. Decentralized tokens exchanging is what Uniswap was created for, and today we’ll see how it’s done. We’re still working on the core pair contract, which means that our implementation will be very low-level and minimal. There’s no convenient interface and we won’t even have price calculation at this point!

Also, we’re going to implement a price oracle: the design of the pair contract allows to implement one with only a few lines.

Additionally, I’ll explain some details and ideas behind the pair contract implementation, on which I didn’t focus enough in the previous part.

You can find full source code of this part here: source code, part 2.

At this point, we have everything we need to perform actual tokens exchanging. Let’s think how we will implement it.

Exchanging means giving away some amount of Token A in exchange for Token B. But we need some kind of a mediator that:

We learned something about pricing of DEXes when we were working on liquidity provision: it’s the amount of liquidity in a pool that defines exchange rates. In the Uniswap V1 series, I explained in details how the constant product formula works and what is the main condition for a successful swap. Namely: the product of reserves after a swap must be equal or greater than that before the swap. That’s it: the constant product must remain the same, no matter what’s the amount of reserves in pool. This is basically the only condition we must guarantee and, surprisingly, this condition frees us from calculating swap price.

As I mentioned in the introduction, the pair contract is a core contract, which means it must be as low-level and minimal as possible. This also affects how we send tokens to the contract. There a two ways of transferring tokens to someone:

The approval pattern is very common in Ethereum applications: dapps ask users to approve spending of the maximum amount so users don’t need to call approve again and again (which costs gas). This improves user experience. And this is not what we’re looking for at this moment. So we’ll go with the manual transferring to the pair contract.

Let’s get to code!

The function takes two output amounts, one for each token. These are the amounts that caller wants to get in exchange for their tokens. Why doing it like that? Because we don’t even want to enforce the direction of swap: caller can specify either of the amounts or both of them, and we’ll just perform necessary checks.

Next, we need to ensure that there are enough of reserves to send to user.

Next, we’re calculating token balances of this contract minus the amounts we’re expected to send to the caller. At this point, it’s expected that the caller has sent tokens they want to trade in to this contract. So, either or both of the balances is expected to be greater than corresponding reserve.

And here’s the constant product check we talked about above. We expect that this contract token balances are different than its reserves (the balances will be saved to reserves soon) and we need to ensure that their product is equal or greater than the product of current reserves. If this requirement is met then:

It’s now safe to transfer tokens to the caller and to update the reserves. The swap is complete.

Feel free to write tests for this function. And don’t forget about the case when both output amounts are specified. 😉

Keep in mind that this implementation is not complete: the contract doesn’t collect exchange fees and, as a result, liquidity providers don’t get profit on their assets. We’ll fill this gap after implementing price calculation.

One of the most common attacks on Ethereum smart contracts is re-entrancy attack. This attack is possible when contract makes external calls without doing necessary checks or updating state. Attacker can trick the contract into calling attacker’s contract, which, in its turn, calls the attacked contract again (but usually it calls it many times). As a result, that second call (which re-enters the contract) exploits incorrectly updated state of the contract, which causes lost of funds (that’s the main goal of the attack).

In the pair contract, there’s safeTransfer calls in swap function–the contract sends tokens to caller. Re-entrancy attacks are targeted at exactly such calls. It’s very naive to assume that the called transfer method does exactly what we expect it to do. In fact, nothing forces a token contract to implement any of the ERC20 functions according to the standard–they can do whatever their developers programmed them to do.

There are two common ways of preventing re-entrancy attacks:

The idea of oracles, bridges that connect blockchain with off-chain services so that real-world data can be queried from smart contracts, has been around for quite a while. Chainlink, one of the biggest (or the biggest one?) oracle networks, was created in 2017 and, today, it’s a crucial part of many DeFi applications.

Uniswap, while being an on-chain application, can also serve as an oracle. Each Uniswap pair contract that is regularly used by traders also attracts arbitrageurs, who make money on minimizing price differences between exchanges. Arbitrageurs make Uniswap prices as close to those on centralized exchanges as possible, which can also be seemed as feeding prices from centralized exchanges to blockchain. Why not use this fact to turn the pair contract into a price oracle? And this is what was done in Uniswap V2.

The kind of prices provided by the price oracle in Uniswap V2 is called time-weighted average price, or TWAP. It basically allows to get an average price between two moments in time. To make this possible, the contract stores accumulated prices: before every swap, it calculates current marginal prices (excluding fees), multiplies them by the amount of seconds that has passed since last swap, and adds that number to the previous one.

Since Solidity doesn’t support float point division, calculating such prices can be tricky: if, for example, the ratio of two reserves is \(\frac{2}{3}\), then the price is 0. We need to increase precision when calculating marginal prices, and Unsiwap V2 uses UQ112.112 numbers for that.

UQ112.112 is basically a number that uses 112 bits for the fractional part and 112 for the integer part. 112 bits were chosen to make storage of the reserve state variables more optimal (more on this in the next section)-that’s why the variables use type uint112. Reserves, on the other hand, are stored as the integer part of a UQ112.112 number–this is why they’re multiplied by 2**112 before price calculation. Check out UQ112x112.sol for more details, it’s very simple.

I hope this all will be clearer for you from code, so let’s implement prices accumulation. We only need to add one state variable:

UQ112x112.encode multiplies a uint112 value by 2**112, which makes it a uint224 value. Then, it’s divided by the other reserve and multiplied by timeElapsed. The result is added to the currently stored one–this makes it cumulative. Notice the unchecked block–we’ll discuss it shortly.

What’s that weird uint112 type? Why not using uint256? The answer is: gas optimization.

Every EVM operation consumes some amount of gas. Simple operations, like arithmetics ones, consume very little gas, but there are operations that consume a lot of gas. The most expensive one is SSTORE–saving value to contract storage. Its counterpart, SLOAD, is also expensive. So, it’s beneficial to users if smart contract developers try to optimize gas consumption of their contracts. Using uuint112 for the reserve variables serves exactly this purpose.

Take a look at how we laid out the variables:

Take another look at our state variables:

It’s also important that the two uint112 variables go after a variable that takes a full slot–this ensures that the first of them won’t be packed in the previous slot.

Until version 0.8.0, Solidity hadn’t checked for overflows and underflows, and developers came up with a library: SafeMath. Nowadays, this library is not needed anymore as Solidity now throws exceptions when an overflow or underflow is detected.

Solidity 0.8.0 also introduced unchecked block which, as the name suggests, disables the overflow/underflow detection within its boundaries.

Let’s return to our code.

We’re using unchecked block when calculating timeElapsed and accumulated prices. This seems to be bad for the security of the contract, but it’s expected that timestamp and accumulated prices overflow: nothing bad will happen when either of them overflows. We want them to overflow without throwing an error so they could function properly.

Such cases are rare, and the overflow/underflow detection should almost never be disabled.

You probably have noticed the strange way of sending tokens we’re using:

Why not call transfer method directly on ERC20 interface?

In the pair contract, when doing token transfers, we always want to be sure that they’re successful. According to ERC20, transfer method must return a boolean value: true, when it’s successful; fails, when it’s not. Most of tokens implement this correctly, but some tokens don’t–they simply return nothing. Of course, we cannot check token contract implementation and cannot be sure that token transfer was in fact made, but we at least can check transfer result. And we don’t want to continue if a transfer has failed.

call here is an address method–this is a low-level function that gives us a more fine-grained control over a contract call. In this specific case, it allows us to get a result of a transfer no matter whether the transfer method return one or not.

That’s it for today! I hope this part clarifies a lot in our implementation. Next time we’ll continue with adding new features and contracts.